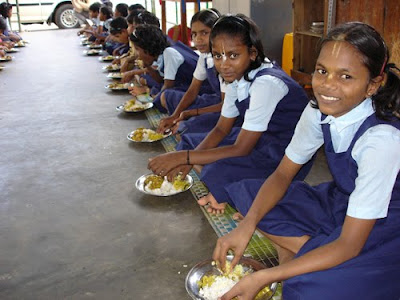 Are Plant Foods worse for Animals and the Environment?

In my local area I've been encountering quite a bit of pushback from people who claim that dependence on plant-based foods such as grains and seeds results in exacerbated land use and the collateral killing of many more animals than if we relied on pasture-raised livestock.

I did some calculations on land use efficiency using figures obtained by doing a Google search of Extension Offices and organic farmers:

Number of persons who could be fed in one year with one acre (assuming 2,100 calories per day):
With meat calories = 0.3 persons
With food crop calories = 6 persons

I suppose the production of meat could be made more efficient by raising different animals instead of just "beef" cattle. Allowing for that, suppose we double the efficiency of producing meat. That still leaves plant-based food crops at about 10x the efficiency of meat production.

Vegans and animals win 20-1
If we all ate a plant-based diet, we could feed ourselves on a small fraction of the land and grains that eating an animal-based diet requires.

Cost analysis
Everyone on earth could be fed easily because we currently grow more than enough grain to feed ten billion people; our current practice of feeding this grain to untold billions of animals and eating them forces over a billion of us to endure chronic malnutrition and starvation while another billion suffer from the obesity, diabetes, heart disease, and cancer linked with eating diets high in animal foods.
May all beings be free and at peace,  Will
http://worldpeacediet.com

is actually a big cause of global hunger. Learn more here…
www.viva.org.uk/guides/feedtheworld.htm

Cost analysis
Everyone on earth could be fed easily because we currently grow more than enough grain to feed ten billion people; our current practice of feeding this grain to untold billions of animals and eating them forces over a billion of us to endure chronic malnutrition and starvation while another billion suffer from the obesity, diabetes, heart disease, and cancer linked with eating diets high in animal foods.
May all beings be free and at peace,  Will


Animal agriculture is a terribly inefficient and destructive way to produce food. Cows are fed about 12 pounds of grains, corn, and beans to produce just one pound of meat. When we feed animals for human consumption, we wind up with products that give us only a small fraction of the calories in those feed grains that we started with, and an even smaller fraction of the nutrients. Animal agriculture now utilizes 80% of U.S. farmlands to produce the meat, dairy, and eggs that provide only 30% of our food. Our taste for meat diverts and wastes valuable resources that could be used to alleviate hunger.

20,000 children die every day from starvation and malnutrition, while factory farmed animals are fed over 200 million tons of plant food each year 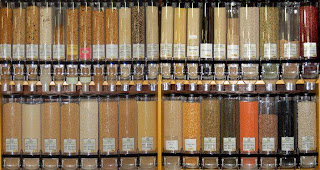 http://www.facebook.com/#!/photo.php?fbid=501093969935935&set=a.179389405439728.41519.179286465450022&type=1&theater
I recently read an article where many middle class and poor Americans could not ...afford a healthy diet and are being forced into eating a less healthy diet of fast foods and processed foods from cans. It is posing a huge problem as it is affecting children's performance in school as well as their parent's performance on the job. Poor diet also imposes extreme health issues and compromises our healthcare program.

My solution to this is to adopt a very healthy Vegan diet of beans and grains. Beans and grains average $1.50 a pound in bulk and that is for organic. Beans and grains will give you all of the proteins, antibiotics, healthy vitamins and nutrition for very little money. I experimented for a month just surviving on mung, garbanzo and adzuki beans, plus hulled barley, wheat berries, buckwheat and quinoa. I bought forty pounds at an average cost of $1.80 a pound, spending $72.00. I ate nothing for the entire month except sprouted beans, cooked and sprouted grains. At the end of the month I had enough for the next month if I wanted to keep going.

So, a family of four can easily survive very well on $100 to $200 a month on a Vegan diet and even add vegetables and fruit. As long as you buy in season, you can purchase the best quality organic fruits and vegetables very reasonably. You can also grow your own food for pennies and make sure to shop at farmer's market and farms in your area. There is no reason to be forced to eat a poor diet that will jeopardize your family's health, which in the long run will end up costing you $10,000's in medical bills and prescription drugs.

I make a tremendously healthy salad I call the "Aquarius Salad." I use sprouted beans, wheat berries, beets, carrots, celery, parsley, red cabbage. I make enough for a week and it is all organic. My cost for the salad is approximately $25. I season it with Bragg Organic Apple Cider Vinegar which cost a few dollars and will lost you two months. I have no problem surviving on this salad. At night I may have buckwheat or quinoa which cost about fifty cents a serving..........

Eating healthy and maintaining your optimum health is by no means a challenge. Meat and dairy are not only very expensive but very unhealthy. Veganism is the only path to insuring your family's health, happiness and financial security...