EVOLUTION is a NATURAL and NECESSARY phenomena throughout the ENTIRE Universe, for ALL LIVING BEINGS

Little over 100 years ago, the main transportation modality for humanity at large was horse and buggy.
100 years fast forward, we are finally entering the age where magnetic, plasma “free” energy, space technologies, food replicators, healing technologies are knocking at our doors. 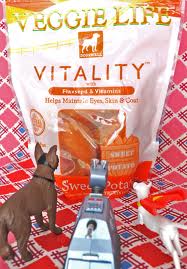 Nothing and no one could ever stay the same, or it would self destroy for inability to adapt to the ongoing changes.
The only CONSTANT in the ever expanding UNIverse is CHANGE.
Currently, our planet and ALL of her living forms undergo a massive DNA upgrade, necessary for the ongoing, unfolding EVOLUTION.
The NEW DNA upgrades are necessary and vital in order to properly sustain HIGHER DIMENSIONAL frequencies which are ANCHORED in our planet every moment through minerals/rocks, trees, plants, animals and human bodies. 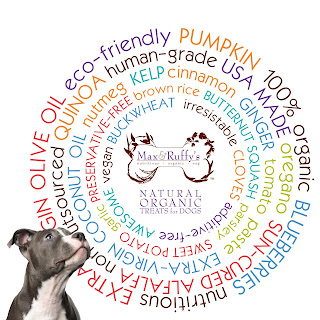 There is a massive revolution taking place, hidden in plain sight.
Vegan bodybuilders and professional athletes, vegan pregnancies, vegan babies and children, vegan doctors, vegan politicians, ex-animal farmers becoming vegetables farmers, going vegan and even a huge number of BREATHarians, are here, to positively help us witness, create and embrace the fascinating metamorphosis of our very own evolution.
Human DNA is being upgraded from a 2 strand to a 12 strand DNA.
Implicitly, ALL other living forms’ DNA is equally being Upgraded. 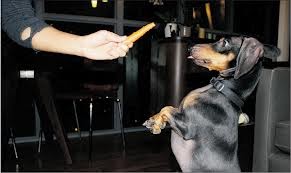 As millions of people feel the natural need to change how and what they eat, moving from unhealthy, dead foods to rejuvenating living foods, more and more, so is the case for more and more animals pets within our lives.
There is increasing, overwhelming evidence that tens of thousands of pets, enjoy now high quality, vegan foods, with all required nutrients for optimal health.
Veganism is not a diet but a planetary healing evolution whose arrival couldn’t be timelier.
http://www.onegreenplanet.org/lifestyle/my-veggie-pet/attachment/vegan-pets-4/ 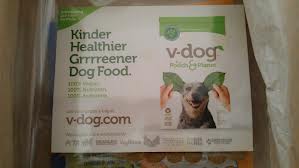 Cats: Can they be vegan?
http://theveganoption.org/

https://www.simplexityhealth.com/store/ProductForm.action?subcatId=13&catId=7     (amazing product, helping animals to self heal fast from many conditions)

Toronto's vegan dog owners introducing their pets to an all vegetable diet
http://www.newstalk1010.com/provincialcp/article.aspx?id=363034 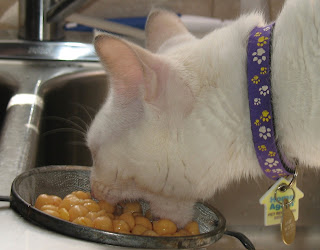 Best Speech You Will Ever Hear - Gary Yourofsky
http://www.youtube.com/watch?v=es6U00LMmC4
Gary Yourofsky talks about how he feeds his dog a vegan diet and when he took him for a check up at the vets he was the healthiest dog the vet had ever seen! (so obviously it isnt unhealthy or cruel) so you really need to watch that speech and urge your followers too aswell! Don't put it off, do it now cause it's really helpful. It made me vegan because i just couldn't eat animal products after seeing that!

VegeDOG Supplement 227g
A vegan dog food supplement for use in home made dog food  http://www.veggiepets.com/cgi-bin/sh000001.pl?REFPAGE=http%3a%2f%2fwww%2eveggiepets%2ecom%2fshop%2fvegetarian-vegan-dog-food%2ehtml&WD=vegedog&PN=vegedog-supplement%2ehtml%23aHNA9999#aHNA9999
How to Make Vegan Dog Food
http://www.youtube.com/watch?v=qQPTDcmAOPY

Cats: Can they be vegan?
http://theveganoption.org/

Can dogs be vegetarian? Judging from the fact that in England more than 50,000 best man's friends are fed on the vegan product Happidog Supermeal, the answer should be 'yes'. Among them, are many dogs of celebrities.
Everyone knows that Paul and the late Linda McCartney's dogs were vegetarian. And what about Howard Jones, who says: "I spoke to my vet before I put my dog Benny on a non-meat diet and we worked out his meals together. Benny was seven then, and he's certainly as fit as any other dog".
http://www.lintonj.freeserve.co.uk/vegetariandogs.html
http://www.simplexityhealth.com/products/specsheets/apa_spec.html