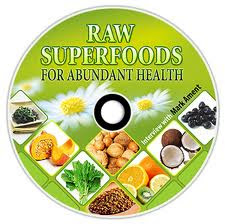 Vitamin B12 in  Vegan foods
http://agnvegglobal.blogspot.ca/2013/03/vitamin-b12-in-vegan-foods.html

How to Get Vegan Protein & B12, Give Up Caffeine, Achieve World Peace, And Win Free Food!
http://www.youtube.com/watch?v=mqqfQKJiw1Y&feature=related
Did you know that we can get plenty of healthy omega 3 fats by adding ground flaxseed to oatmeal, cereal, smoothies, and salads... Flaxseeds have a cholesterol lowering effect, unlike fish oil and flax oils, which tend to raise cholesterol.

How do vegans get their CALCIUM, IRON, PROTEIN, AMINO ACIDS, PROBIOTICS plus A, B12 & D vitamins?
http://www.veghealth.com/what-do-healthy-vegetarians-eat-meal-plans-vegan.php


Which Is Better… Vitamins & Minerals From Whole Foods Or Supplements?
http://www.veganrecipes.com/blog/vegan/which-is-better-vitamins-minerals-from-whole-foods-or-supplements/

Hemp Seeds: The Most Nutritionally Complete Food Source In The World!
http://organicjar.com/2008/13/
http://www.rawpower.com/cgi-bin/index.cgi?af=1069

AMINO ACIDS
It is the only superfood that contains all 21 amino acids!
Klamath Blue Green™ Algae is the most nutrient dense food on the planet, containing glyco-proteins, vitamins, minerals, simple carbohydrates, lipids and biologically active enzymes.

Also known as Aphanizomenon flos-aquae, blue-green algae contains no heavy metals or harmful bacteria, and supplies the most complete range of amino acids, vitamins and minerals available in any single food. It is a virtual powerhouse of nutrition.
VITAMINS
Blue-green algae also provides a near complete balance of the vitamins that the body needs. It is high in the antioxidant beta carotene, which the body converts into vitamin A. It is also extremely rich in B vitamins, providing even more B-12 than liver. In fact, the only vitamins missing from blue-green algae are vitamins D and E. A short time spent in the sun, however, can provide the body with vitamin D, as it is formed in the skin by ultraviolet rays.
MINERALS
Another benefit of blue-green algae is its abundance of minerals, which are important because of their synergistic relationship with vitamins. Vitamins and minerals promote the assimilation of one another. Minerals are also necessary to property form body fluids, blood and bone, and to maintain healthy nerve function. Blue-green algae contains almost all organic minerals in chelated form, meaning that each is attached to a protein molecule that transports it to the bloodstream, enhancing absorption.

PLANT or ANIMAL based foods?
http://agnvegglobal.blogspot.ca/2012/01/plant-or-animal-based-foods.html

just as we wouldn't encourage a DRUG, SMOKING, ALCOHOL, SEX, GAMBLING, SUGAR and FAST FOOD ADDICT to "listen and follow his/her body desires and cravings for healthy eating and living", we also shouldn't do this when it comes to JUST ANYTHING our bodies may DESIRE to eat...

and what is Deepak Chopra saying about what is good for us to eat?

https://www.deepakchopra.com/blog/view/1391/vegan_diet
" In What Are You Hungry For, I write about has listening to these signals about what you actually desire is a more important standard for healthy eating than any specific diet you may follow.  Love,
Deepak"

and some brilliant, well informed comments under his post:

"its not uncommon for adult males to be high in iron so, i don't know where you get this. and ,, as mentioned vitamin D comes from either the sun, fish, or fortified in milk. i get plenty sun and plenty iron. and calcium is better absorbed from things like leafy greens. bok choy, kale... Soy is very high also they are a much better source than milk or meat. Calcium is nothing without its sister mineral, magnesium and this should come as no surprise that approximately 75% of Americans are deficient in magnesium. Magnesium aids the absorption of calcium into the bone and cow’s milk by itself does not have enough magnesium to support its calcium, which causes excessive calcium to accumulate in the body. This in turn can lead to the development of harmful calcium deposits in our joints, kidneys and under the skin. Brad Mayeux"


"I forgot to mention protein. Pound for pound, broccoli has more protein than animal products. Other veggies, beans, nuts, and seeds are all high in protein. Plant based protein is alkaline, while animal protein is very acidic, killing off calcium, affecting all tissue, including arteries, and the entire endocrinological system. Calories can indeed be a problem on a vegan diet, especially for kids, but, balancing takes care of that. Eating just fruit and veggies would be too low in most cases. Adding nuts and seeds is a great way to add calories to the diet. Meat is not the best thing for us, and dairy is quite bad for us. Just as FYI
David"
"Muriel, who just finished studies in nutrition and dietetics, has more to learn. There is much propaganda taught in schools, which I will cover. She said "the vegan diet needs to be really well balanced". Well, so does an omnivorous diet. And, the nutrients? Iron - Heme iron in animal products is not regulated by humans. While it is slightly better absorbed than non heme iron (in plants), it`s not regulated as our body needs it. Therefore, our iron levels at most times is too high, or too low, depending on the frequency of consumption of the animal products. Non heme iron from plants is regulated and utilized exactly how and when we need it. The heme iron in animal products, when too high in our system, is toxic. Do I need to explain what toxicity does to us? Humans get calcium deficiency from different things, but a vegan diet with leafy greens is not one of them. In fact, dairy is one of the biggest causes of calcium deficiency and osteoporosis. Just research dairy consumption by country, and osteoporosis. Green leafy veggies and beans are very high in calcium, not to mention the good form of iron. Vitamin D is best from the sun. Also, when looking at nutrients, it`s extremely important to look at how well we utilize the ones we consume. This involves looking at the digestive tract, most importantly the tissue of the gut, and the microbiota. Plant foods, especially raw ones, add to the population of microbiota (good bacteria) in the gut. The vast majority of people walking around are deficient in good bacteria, which is a major cause of disease. No offense, Muriel, but what you were taught is quite inaccurate. It`s important to eat no processed foods, either way. A well balanced diet of veggies, fruit, nuts, and seeds, is a very healthy diet for a human at any age, just as the American Dietician Association proved and claims.
David"
"And to those who do eat meat. Can you even kill animals yourself? Because I know that many can`t. If you can`t it`s because you do feel that there`s something wrong with taking another animals` life like that Then you really shouldn`t pay someone else to do the nasty work so you can pretend that you have nothing to do with the slaughter of an innocent being. Yes, I know that in the nature animals eat animals, but if we don`t need to do that, why would we? Many seem to think that we are superior because we are more developed, now show that we are well developed by making decisions out of respect for other beings. That other animals aren`t smart enough to understand mathematics or other things we intelligent humans can shouldn`t be that relevant. A person or animal suffers as long as they`re developed enough to do so, simple as that. As long as an animal is developed enough to feel pain (both mentally and physically), it feels pain no matter mathematic intelligence. Not meaning to bash anyone or so, I`ve been eating animal products myself for a long time. I know how easily we fall into the meat norm since most of us are being taught that we should eat animal products, that all animals in the industries are treated good or that animals aren`t even developed enough to care about being trapped. You wouldn`t feel good to box up your dog, would you? Just hoping to raise a thought. :) Peace.
R"
"Make sure that you take b12. B12 deficiency can cause serious permanent damages to the brain. Some people don`t like to take supplements because it`s what we would call "unnatural". But don`t worry about that, it`s not dangerous and therefore not a problem. After all, how much of the society we live in and the food we eat is really natural?
R"
"I am Vegan and have been for 20 years.. I"m now 41... with a 11 year old boy who was born and raised Vegan! We are extremely healthy with zero deficiencies... more energy than any of our non vegan friends the same age... We hare very rarely even challenged with any colds or flu`s and we live in Canada... I completely disagree with the above comment saying that this way of life is not recommended for children!! My son is healthy and very aware of where his food comes from... and that nobody has to die for him to live and live healthy!!
Missy"

"What a shame that muriel has completed her study in nutrition and doesn`t know that the diet she is advocating is less healthy than a vegan diet. It is a shame that she is not aware of T colin campbells, dean ornish and others work which has shown a convergance of evidence that a whole food plant based diet can prevant and reverse major causes of illness in the western world ( see dr gregor on nutritionalfacts.com)....as for babies, vegan babies are usually heavier that the norm which is a sign that they are flourishing. wellness to all and study nutrition at cornell....its evidence based
rosegrows"
Publicat de Manu V Pleiadian