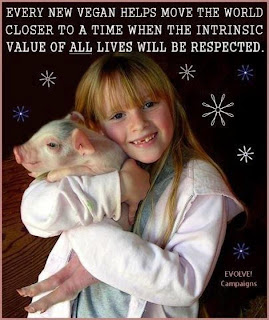 Olympic Vegetarian Athletes
While many people are paying close attention at the Olympic games, few might know that among the Olympian athletes there are and have been many vegetarian ones. Featured in this article is Lizzie Armitstead, who won on Sunday Great Britain's first medal of the Olympic Games, taking silver in the grueling 87-mile road cycling race. She shares about the six months she spent last year living and training with some of Kenya's greatest long-distance runners, for her book, “Running with the Kenyans”. These athletes, although not strictly vegetarian, ate very little meat, just on special occasions such as weddings or funerals. Armitstead highlights the fact that the list of gold medals the Kenyan athletes have won is impressive. Please visit Olympic vegetarians: the elite athletes who shun meat
http://www.guardian.co.uk/lifeandstyle/wordofmouth/2012/jul/30/lizzie-armitstead-vegetarian-athletes-olympics-2012?newsfeed=true
Once again, the fact that many Olympic athletes do so well on a vegetarian diet should erase the myth of vegetarians being frail and undernourished. After all, God’s ideal world for us, the Garden of Eden, was vegan (Genesis 1: 29-30).

My Life as an Undercover Investigator
http://vegnews.com/articles/page.do?pageId=4676&catId=5

Compassion behind bars
I've also seen contagious compassion in my work with inmates in my Roots & Shoots group at the Boulder County (Colorado) Jail. Many of the guys over the years (both in jail and when I've seen them after they've been released) have told me that they've developed more compassion for humans and other animals by talking about it and seeing videos of compassion and empathy in animals.
http://www.psychologytoday.com/blog/animal-emotions/201207/compassion-begets-compassion

Animals and Inmates: Science Behind Bars

DEBUNKING the Paleo Diet: The Newest Promoter of Eating the Planet and Its Inhabitants to Death
http://www.vegsource.com/news/2012/06/the-paleo-diet-is-uncivilized-and-unhealthy-and-untrue.html

So… Where Should We Draw the Line?
Why not eat a chicken but eat an orange? Aren’t both living beings? This type of question is many times asked by people upon learning that probably it would be a good idea to stop eating animals. Kasey Minnis, a vegan who is passionate about her faith and protecting Earth and its creatures, believes that the Bible certainly gives us much insight about this issue. She believes that sentience is the key to drawing the line. Animals have been endowed with the capability of feeling pain, which to this day seems plants cannot. So why cause unnecessary suffering to a creature of God when we can avoid doing this? Please visit:
Plants, Animals & Souls: A Judeo-Christian Perspective
http://www.thisdishisvegetarian.com/2012/07/plants-animals-souls-judeo-christian.html
Although in my opinion the question about why eat plants but not animals is just a way to avoid the issue, it’s always helpful to explain that even plants are creations of God; and therefore, we must make use of them in a responsible way. By feeding plants to animals and then eating animals, we are wasting enormous amount of food and killing/eating many more plants than if we ate them directly. After all, a plant-based diet causes the least suffering, is the most sustainable and is ideal for our bodies.
Have a blessed day!
<><  <><  <><

"These Boots Ain't Made of Leather.

" Jamie, Nigella, and Gordon Save the World."
http://www.youtube.com/watch?v=XFsp3qdbpUk


How many animals on average, do we eat in our lifetime? - Yahoo! UK & Ireland Answershttp://uk.answers.yahoo.com/question/index?qid=20070609142311AAxNsuw

Houston Texans running back Arian Foster announced he'd become a vegan causing much stir in the football arena. However, Foster is happy, healthy and is helping educate the public on the ethical and health benefits of a plant-based diet. Kudos for Arian Foster! Arian Foster, Texans RB, generates stir by going vegan
http://www.nfl.com/news/story/09000d5d82a63537/article/arian-foster-texans-rb-generates-stir-by-going-vegan

A Letter from a Vegan Mother to her Baby Daughter

Letter to Ciera from her mom, Heather.

You’ll never watch an elephant standing on her head
You will see amazing acrobats and painted clowns instead.
You’ll never color Easter eggs or eat a “Happy” Meal
Instead you’ll give pig belly rubs – You’ll know chickens dream and feel.
The clamor from the ice-cream truck won’t be music to your ears
You will know your Soy Delicious caused no suffering or tears.
You may hear a gentle gobble as you softly stroke a turkey
And give thanks that she’s alive as you’re eating your Tofurky.
While other kids buy leather shoes and eat a Chuck E. Cheese
You’ll be kissing cows and feeding goats and saying “soy please!”
Being different can be hard I know – This world is often cruel
Maybe you’ll be laughed at by the other kids at school.
But compassion is a vital gift that too few share with others
And your heart will not be filled with guilt the way it plagues your mother’s.
So don’t ever be embarrassed or ashamed because you care
You’ll be uniquely beautiful with an empathy that’s rare.
And when you see a rescued lamb and touch his thick warm fleece
You’ll feel no sadness or remorse – You can look at him in peace.
What took so long for me to learn, I’ll start teaching you from birth
And your footprint will be much tinier on this fragile earth.

Finding a soulmate in a animal - Grace & Tiger Paws souls contracts to heal their lives
http://www.youtube.com/watch?v=2bl9HX74veI&feature=related

A message from Barry Austin to all members of Canadian Veg*ns on Volentia!

“Animal Rights is now the greatest social justice issue since the abolition of slavery.  There are over 600 million vegetarians in the world. That is bigger than the US, England, France, Germany, Spain, Italy, Canada, Australia combined! If we were one nation we would be bigger than the 27 countries in the European Union!!”
~ Phlip Wollen, Australian philanthropist and former VP of Citibank

Rev. Al Sharpton Feels and Looks Better than Ever!
TV personality Rev. Al Sharpton looks fitter and healthier than ever since adopting a vegetarian diet. Rev. Sharpton shares that former president Bill Clinton encouraged him to make the transition and now he feels fitter physically, and also calmer and happier emotionally. Please visit Rev. Al Sharpton is healthier and leaner than ever, thanks to vegetarian diet
http://www.examiner.com/article/rev-al-sharpton-is-healthier-and-leaner-than-ever-thanks-to-vegetarian-diet
It shouldn’t surprise us at all when people report enormous health and emotional benefits after transitioning to a plant-base diet. After all, a well-balanced plant-based diet is the ideal diet for humans and abundant scientific evidence supports this. We get all the nutrients our bodies need without causing unnecessary violence and death. That’s why it would be surprising if this diet weren’t also beneficial spiritually, psychologically and emotionally!