we were extremely happy...

was it a premonition that one of the FIRST new, supressed and advanced technologies through the planetary liberators will be FOOD REPLICATORS?

so we can FREE the BELOVED SENTIENT BEings in our plates AND FEED this world while we HEAL OURSELVES and SAVE this planet from ECOCIDE!! 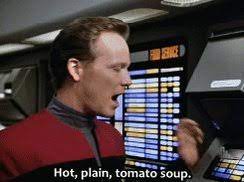 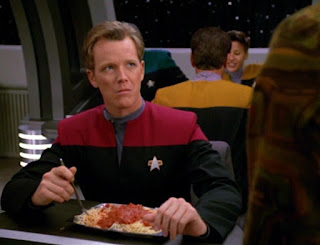 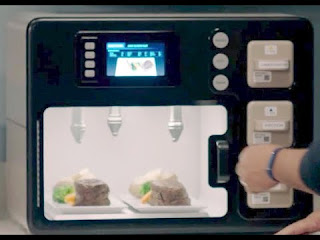 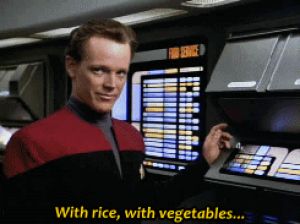 THE POWER OF REPLICATORS - A NEW TECHNOLOGY - ✨✨ Replicators use plasma energy to formulate anything you want, according to Jared Rand. For example, on a snowy day, if your snowshoes are worn out and you need new snow boots or a new hat and coat. So you just program this huge database (replicator) with the latest styles and details you want and the replicator produces it. perfect size. It fits you like a glove. The product is made in seconds. Want some chocolate ice cream on a hot day? you all got it. ✨ Replicators recycle old things into plasma energy. There is no garbage, garbage, garbage, nothing to pollute the environment or destroy the ecosystem. The ground is the plasma energy. Plants are plasma energy. Bring a replicator to a poor town and these people will have everything they've ever dreamed of within minutes. Replicators will eliminate the need for large amounts of land to feed the population. Whatever you want, you can have. 3D printers are the forerunners of replicators. Speed ​​it up a hundred times and you have a replicator. ✨Everything in creation is made up of plasma energy. Replicators are alien technology given to us by the Galactics, that they share this technology with the human race. This technology is coming! It will be available everywhere. You will be able to have phenomenal fun with it, constantly.

Don't ask me when, only the galacticos know. (MASSIMILIANO GRASSO) 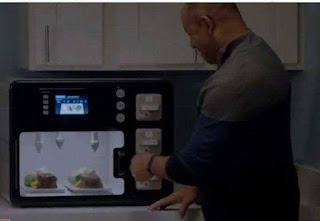 In the real world

In 2014, researchers at Nestlé were reported as working on technology comparable to the replicator, with the goal of providing food tailored to an individual's nutritional requirements.[8]

Imperial College London physicists have discovered how to create matter from light - a feat thought impossible when the idea was first theorized 80 years ago. In just one day in Imperial's Blackett Physics Laboratory, three physicists worked out a relatively simple way to physically prove a theory first devised by scientists Breit and Wheeler in 1934.[9]

Cemvita Factory Inc., a biotech startup based in Houston, TX, is also developing a photobioreactor that converts carbon dioxide that's captured from air along with hydrogen from hydrolyzing water to nutrients and pharmaceutics.[11][12][13] 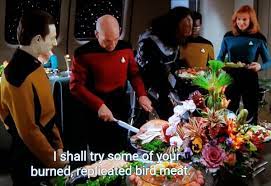