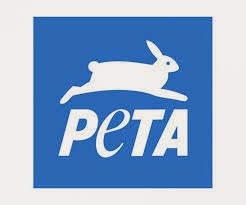 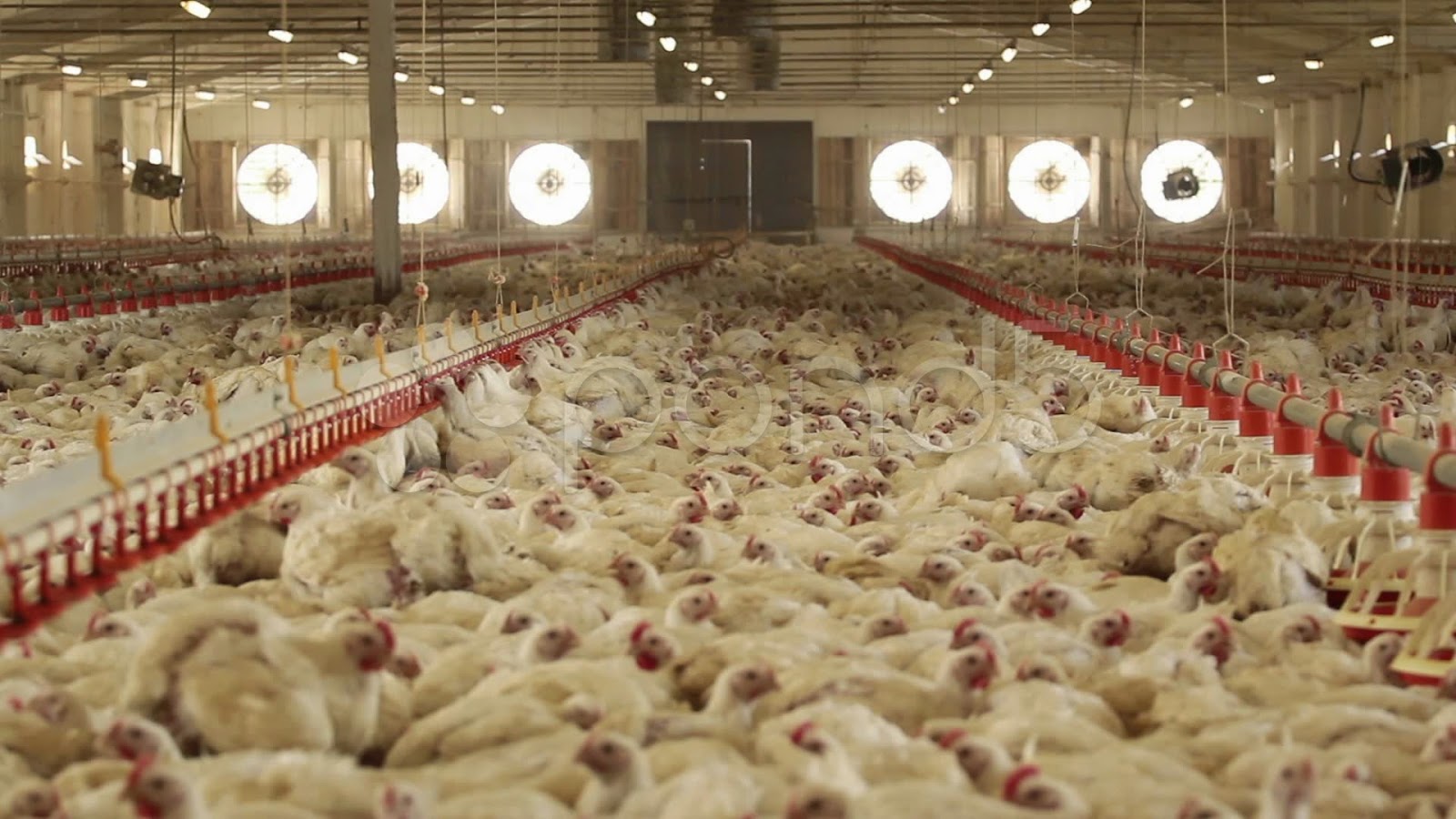 This page is dedicated to this latest article posted on Infowars website
http://www.infowars.com/peta-kills-88-of-pets-in-its-care/
Let’s keep in mind that EACH and EVERY positive movement and organization has been INFLTRATED and negatively affected with PURPOSE
has PART of PETA been infiltrated and set up with THIS type of controversial acts because they’ve posed and continue to pose a huge threat to the BIG AGRI BUSINESS? 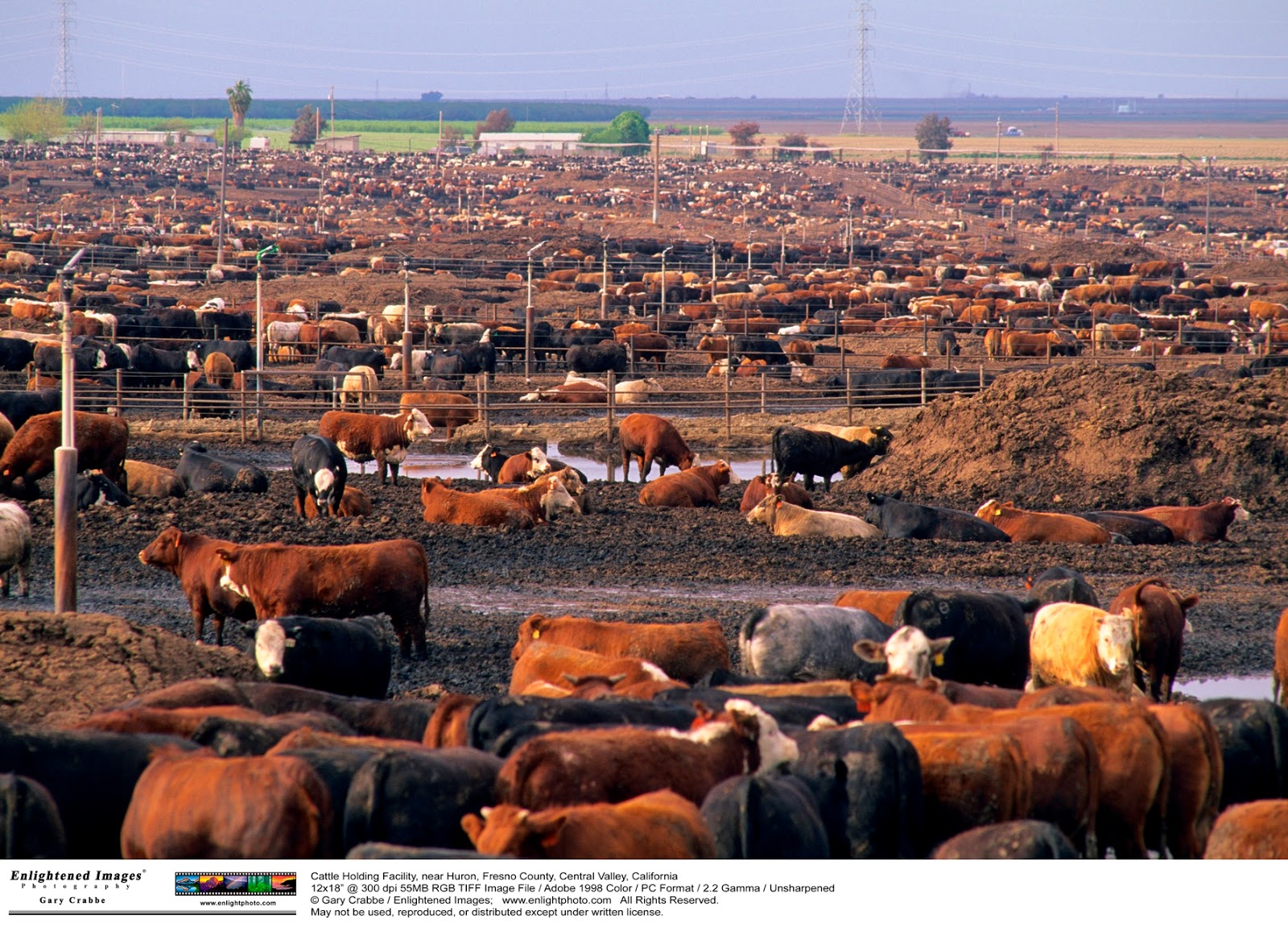 IF the claims in the above article ARE TRUE INDEED and PROVEN to be so with hard solid tangible EVIDENCE, we shall find out, one way or another, sooner or later...
Let’s also remember that PETA has been the first ANIMAL RIGHTS/LIBERATION movement which laid the FOUNDATION for countless more thereafter
and while there is controversy surrounding some of its ways of doing activism, it took numerable WAYS to indoctrinate and manipulate human psyche and consciousness, therefore equally diverse methods to UNdo it all have been necessary at times, depending on demand...
if it will be proven to be true, that the biggest animal liberation organization has also carried out acts of crimes against animals, everyone behind it will be accountable and held responsible for such actions, be it by human or spiritual law, whichever should come first...
nonetheless, at the staggering, mind numbing, heart stopping rate of ANIMAL HOLOCAUST at HUMAN HANDS each MINUTE of EACH DAY, this latest controversial article has been able to push humanity further down the rabbit hole and to awaken to what WE are doing to ALL OTHER ANIMALS and totake STEPS to heal this biggest wound on our soul
While ANY act of crime against ANY sentient BEing remains an act of Crime
While something like this, carried out by PETA, the pioneering animal rights organization is even more puzzling and non tolerable
THIS article begs for a massive and sobering WAKE UP call to anyone who feels outraged over what happened 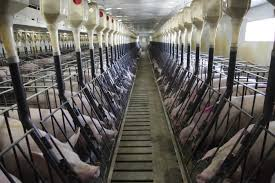 Virginia Department of Agriculture REPORT...
KEY words: DEPARTMENT of AGRICULTURE
http://www.infowars.com/peta-kills-88-of-pets-in-its-care/
so, basically, the department of agriculture who is behind largest killing spree, genocide, holocaust against BILLIONS other sentient beings EACH YEAR, plus the ones who have created (and SUPPORTED by WE, THE PEOPLE via CONSUMERISM) the largest planetary ecocide, reports on the killing of 2,600 pets
hmmm...let’s explore this deeper...
http://educate-yourself.org/cn/petaexpose04feb15.shtml#top
FOOD...CLOTHES, ACCESSORIES...PROFIT...
Massive problems, immediate solutions
Number of land animals killed for the U.S. supply of meat in 2010
8,101,929,624
OVER 8 BILLION 100 MILLION...
http://www.countinganimals.com/how-many-animals-does-a-vegetarian-save/
http://www.animalliberationfront.com/Practical/FactoryFarm/USDAnumbers.htm

USDA slaughter stats 2008
Cattle: 35,507,500
Pigs: 116,558,900
Chickens: 9,075,261,000
Layer hens: 69,683,000
Broiler chickens: 9,005,578,000
Turkeys: 271,245,000
Update to numbers in article: the USDA slaughter stats, but at the end of the article are more thorough numbers: animal killed for Americans' food. This number includes animals that die for reasons other than slaughter (like layer hens and discarded male layer chicks, most of which are not slaughtered), and in also includes animals killed abroad whose meat is imported to the US. Most of all, it includes sea animals, which the USDA numbers don't include, but which add a lot.

the total number of all animals killed for food in 2000 was 9.7 billion.
In more personal terms, the average American meat-eating man, woman, and child subsidize the abuse and slaughter of over 37 animals per year. It's much more if they eat sea dwelling animals). That's 2,800 animals in a 75-year lifetime. This number includes 2,630 chickens and ducks, 123 turkeys, 32 pigs, 13 cows and calves, and 2 sheep. None of these figures include fish, lobster, crab, or other aquatic animals. 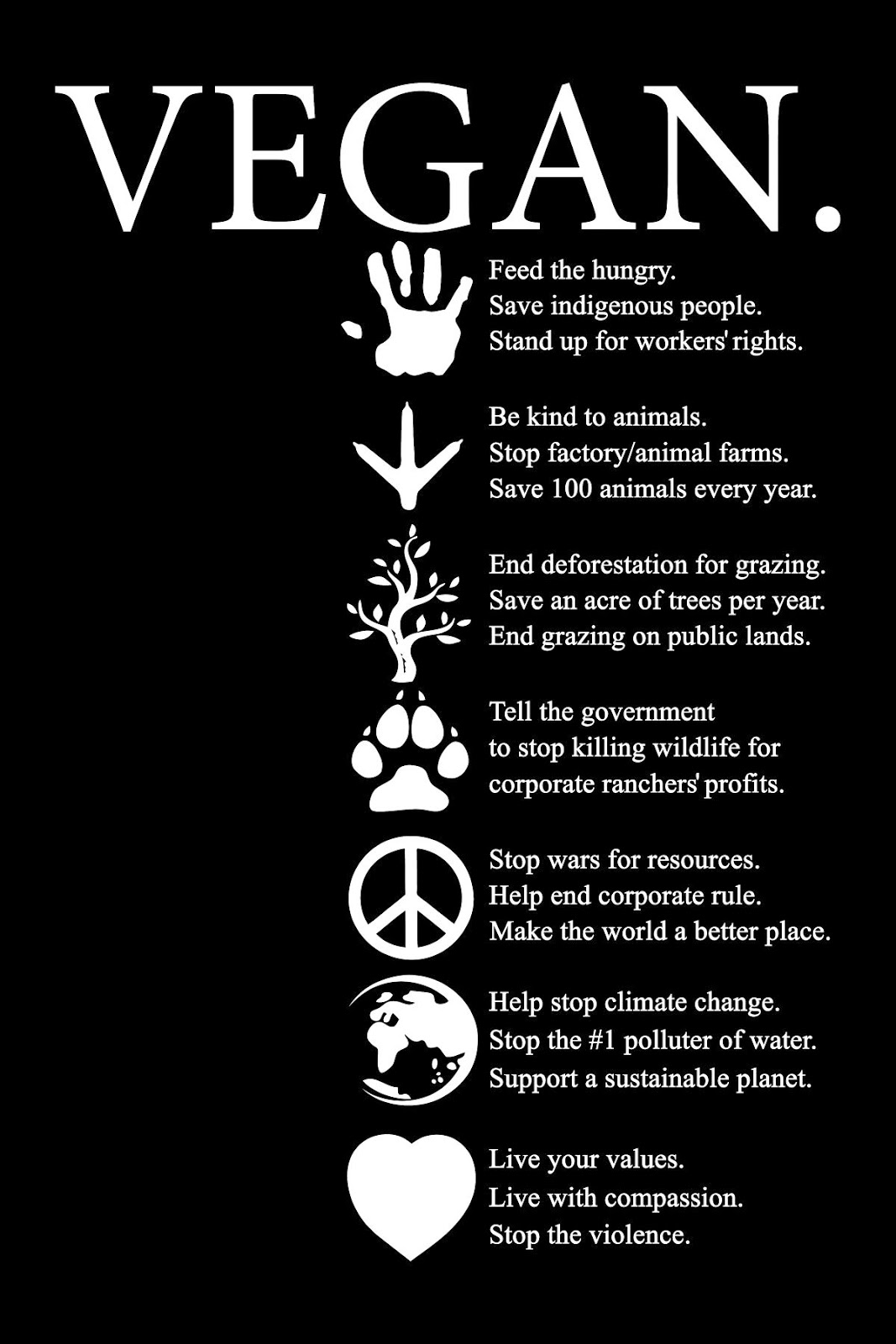 WHAT YOU CAN DO:
* Eliminate meat, dairy, and eggs from your diet.* Eliminate leather, wool, fur, & silk from your wardrobe.
* Educate yourself and others.
http://www.veganhealth.org/

http://www.notmilk.com/ -- a website specifically about the health dangers of consuming dairy products

Sources:
* Action For Animals
* The Farm Report (a publication of the Farm Animal Reform Movement)

The devastating effects on our soil, water, ecology because of the US meat consumption alone http://www.nytimes.com/2008/01/27/weekinreview/27bittman.html?_r=0


Americans eat about the same amount of meat as we have for some time, about eight ounces a day, roughly twice the global average. At about 5 percent of the world’s population, we “process” (that is, grow and kill) nearly 10 billion animals a year, more than 15 percent of the world’s total.
http://agnvegglobal.blogspot.ca/2011/11/meat-and-environment.html 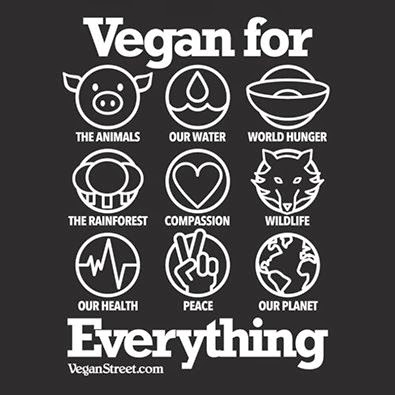 Did you know that:
According to the Nature Conservancy, every second of every day one football field of rainforest is being destroyed. Much of this forestland is being cut down to farm and raise livestock, which is then exported to the U.S. and ends up in fast-food hamburgers. According to the Rainforest Action Network, 55 square feet of tropical rainforest are destroyed to make every fast-food hamburger made from rainforest cattle. This is an area about the size of a small kitchen and it is gone forever each time one of these hamburgers is eaten. It is even worse because with each square foot of rainforest gone, up to 30 different plant species, 100 different insect species and dozens of bird, mammal and reptile species are destroyed. The rainforests are so important because half of the species on earth live in them and the forests are vital to the world’s oxygen supply.
http://www.rain-tree.com/facts.htm
Foods that KILL or foods that HEAL our planet
http://agnvegglobal.blogspot.ca/2013/02/foods-that-kill-or-foods-that-heal-our.html
REAL AWAKENING FROM THE ANIMAL FOODS MATRIX
http://agnvegglobal.blogspot.ca/2014/08/real-awakening-from-meatrix.html
How to Win An Argument With a Meat-Eater
http://www.vegsource.com/news/2009/09/how-to-win-an-argument-with-a-meat-eater.html
MAN
https://www.youtube.com/watch?v=WfGMYdalClU 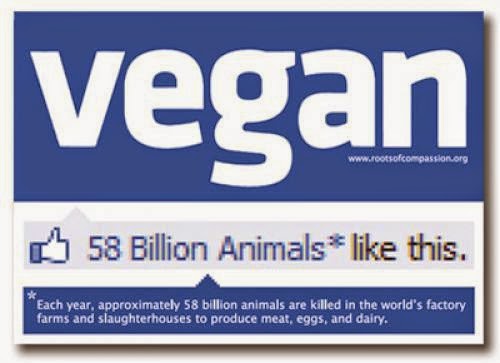 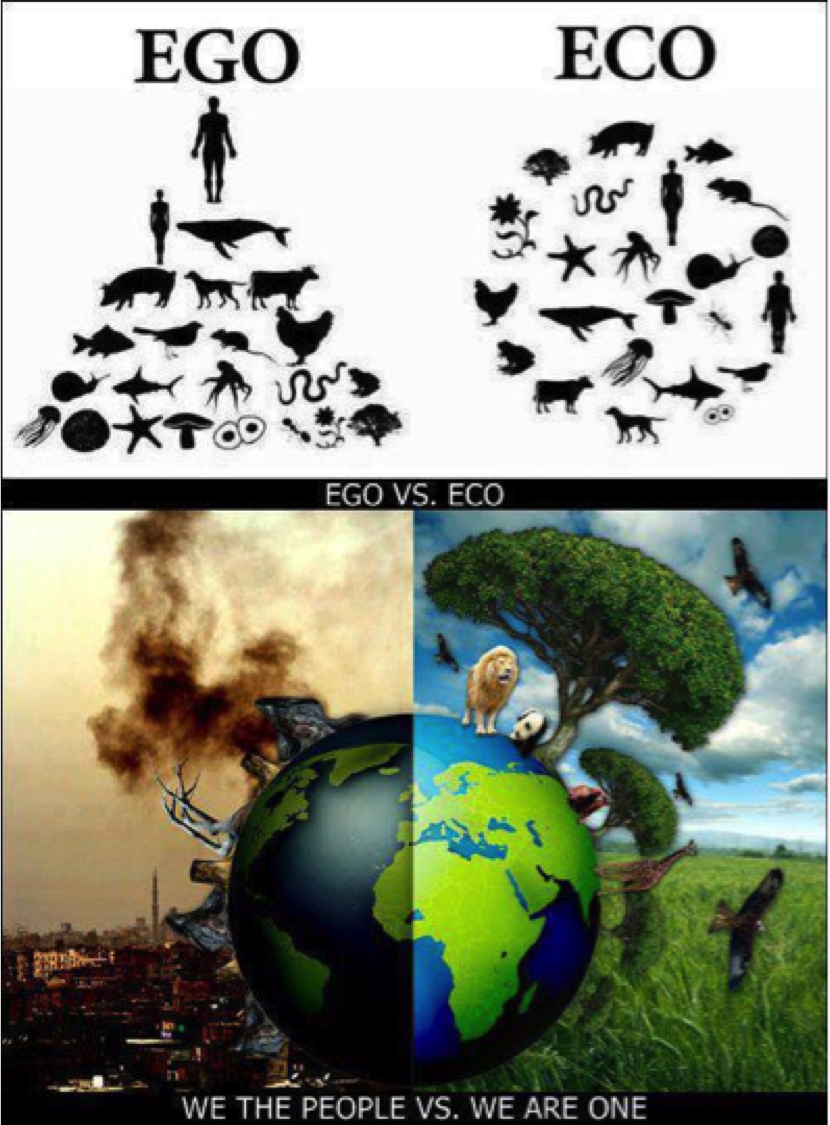